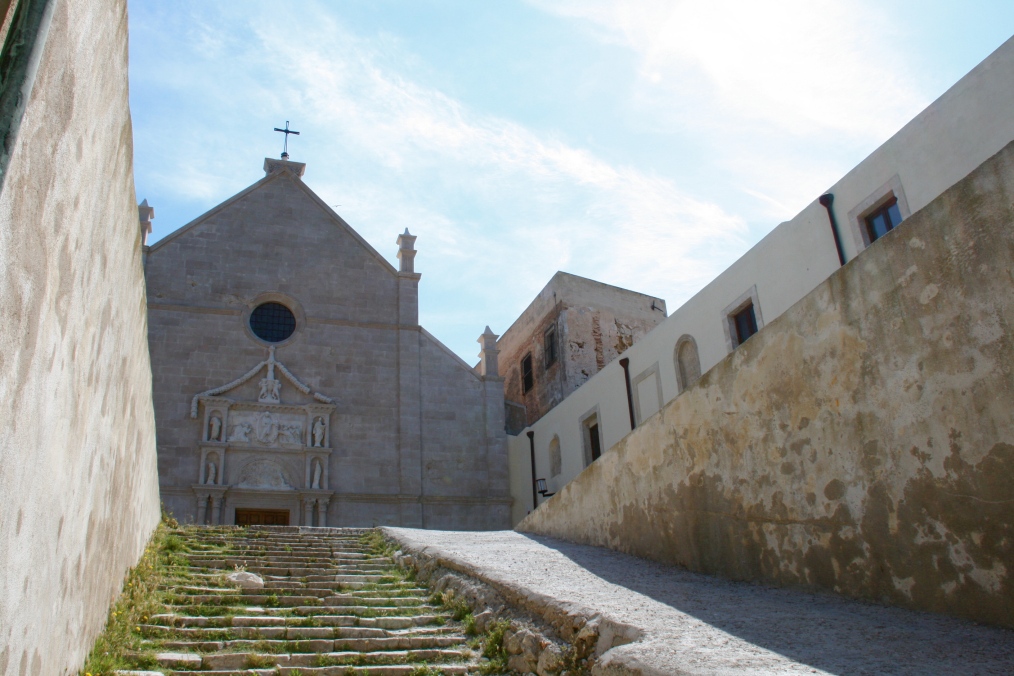 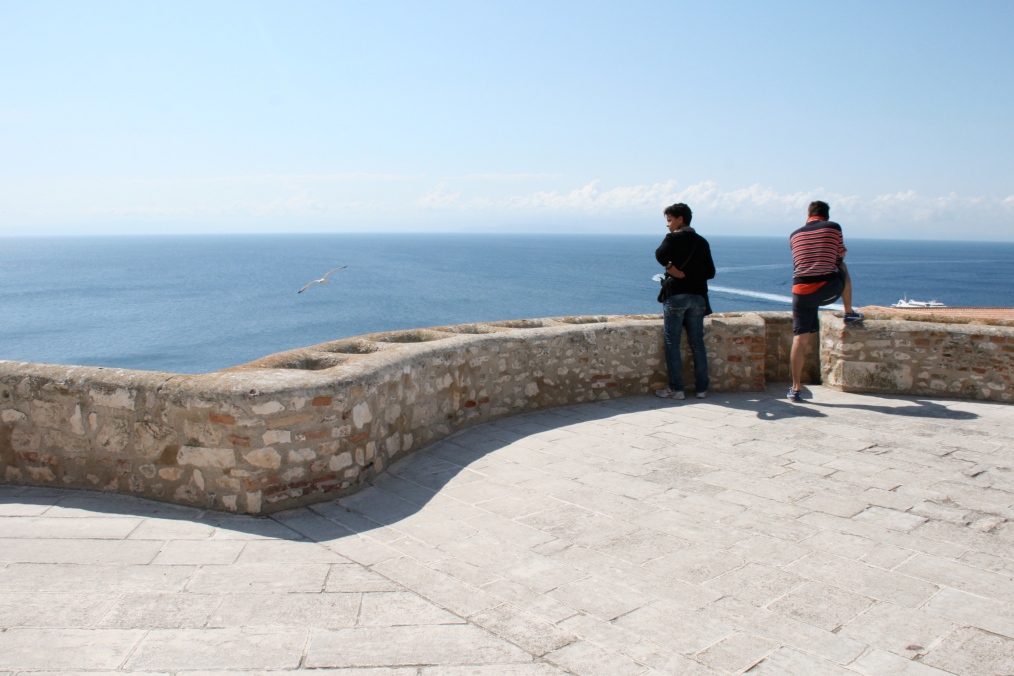 The most inhabited island in the Tremiti archipelago is San Nicola, although that’s not saying much. After leaving the docks, we ran into a woman who had a bed and breakfast on the island, and that’s about it. Our main purpose for seeing the island was to examine the fortress, which had a long history; a mix of monks, invading pirates, Roman exile, and World War II-era internment. Most of what was left of all of this was a smattering of Latin above the gates, and the views of the walls. Inside, it had turned into a sleepy little village.

The sea below was pristine. The tides circulate in such a way that the water closer to Croatia, with its rough cliffs, is clearer than it is in sandy Italy. But this volcanic island, situated just off the coast of Italy, has waters more like Croatia’s. The photo above is the real color of the water, a pale, dappled turquoise.