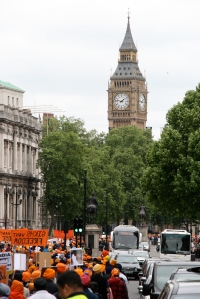 To be honest, I’d never heard of the Sikh riots, called genocide by many groups because widespread ethnic killings occurred, until I ran into several thousand Khalistan Sikhs marching in downtown London, to the bewilderment of onlookers, for a remembrance and freedom protest.

Intrigued, I walked with them all the way to Parliament Square, which apparently gave them the mistaken idea that I was with the London press and I was taking photos with my rather massive camera lens to publicize their cause. 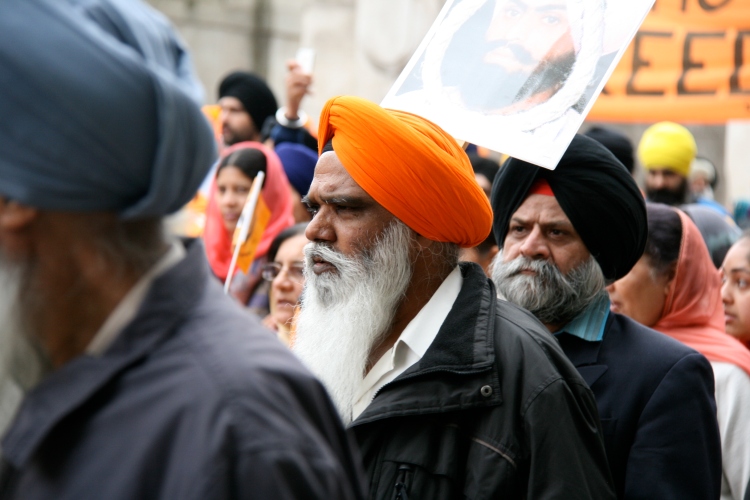 I was wondering why Sikhs would find it appropriate to march in London, specifically, but given that the British government had such a presence in India for such a long time, and in withdrawing chopped the country into the religious and linguistic divisions that are now India and Pakistan, lumping the Sikhs in with the Hindus, and leaving the borders of their former empire in chaos, I suppose it’s not all that incomprehensible. That and there are quite a few Sikhs who have expatriated to the United Kingdom.