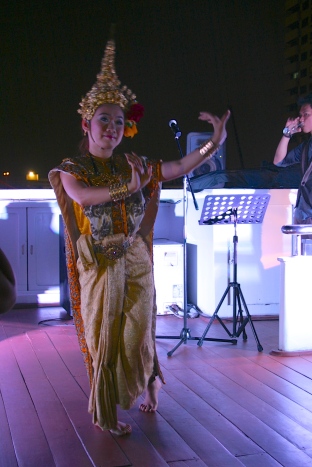 I’ve been to dinner cruises all over the place. Paris, Berlin — no, actually, in Berlin I fell asleep and literally missed the boat — Singapore, and now Bangkok. It’s amazing, really, how sort-of similar they all are. There’s usually less-than-amazing food and the lit-up skyline of the city’s most expensive architecture, and everyone taking photos of it. The one in Bangkok aboard the Grand Pearl came with entertainment, however, and that was new. A Filipino duo singing such Thai hits as “Empire State of Mind” by Alicia Keys and Jay-Z, backed up by a karaoke machine. Also traditional Thai dancing, which from what I was gathering consists mostly of hyperextending the finger joints and turning the feet out while wearing ornate costumes — oddly out of place when surrounded by a horde of camera lenses. The music was loud, the air was warm, and the whole thing was so touristy and jovial, I couldn’t help thinking that dinner cruises are like Disneyland for adults. Expensive, crowded, smarmy, but still pretty fun, if you’re into that kind of thing. 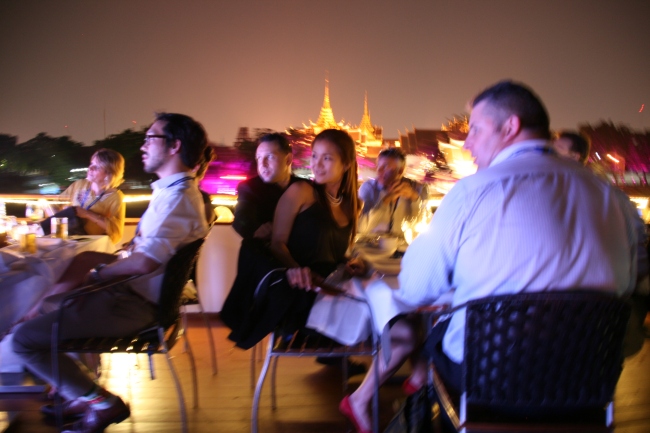 2 thoughts on “Dinner on the Chao Phraya River”