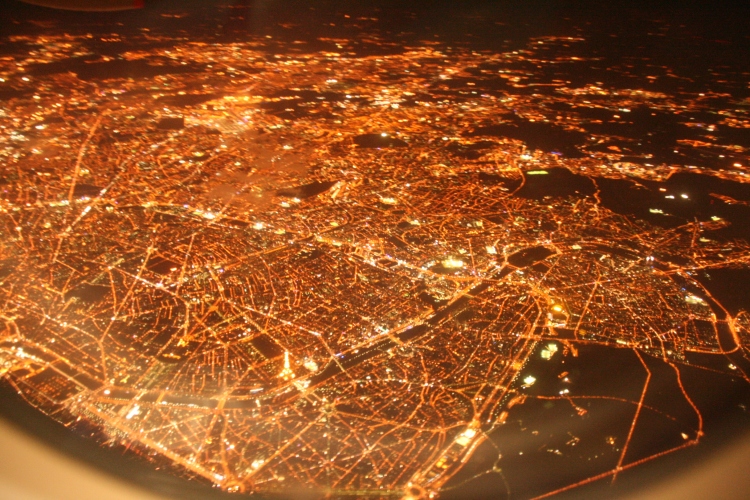 It’s costing me 20 euros to ride in from the airport and back for a few hours in Paris and I don’t even care.

If New York is laid out in a grid, Paris is laid out like a splatter painting. To wander through Paris is therefore to be lost in Paris, and this is how it should be, because where New York demands the march straight and purposeful, Paris calls for loitering, for inefficiency, for the intimacy of small side streets.

So it is that when I am in Paris I become Paris, I take on the rituals that none of my dearly loved ones know, learned in emerging adulthood through practice, a hundred times, a thousand times. I have traveled tens of thousands of miles in the last weeks and I have thousands more to travel before this day is done, and I have finally outstripped my own nationality, have left all trace of myself somewhere else so that every cell merges with my surroundings, briefly, in this window of now between where I was last night and where I will be tomorrow morning. I picture myself sitting on the rail of the Pont Neuf, dissolving into the air, becoming the language itself, the rituals themselves.

Most of all, the liturgy of walking into a boulangerie-pâtisserie, warm, welcoming, formal: “Bonjour, madame. Je prends un pain au chocolat, s’il vous plait.” The meticulous counting out of coins, horded for the occasion. The parting smile and nod. “Merci beaucoup, au revoir.”

I remember as I walk through Paris how much relief I would feel ten years ago coming back home from Spain or Germany, when once again I could engage with the people around me, ask for directions without resorting to pidgin, when I recognized the music, the chimes on the public transportation systems, the voice announcing the arrival of the trains. C’est bizarre, c’est toujours bizarre que c’est comme ça, que je me sense comme ça ici, que je suis presque plus chez moi ici que dans mon propre pays.