Having come out of a subculture that was obsessed with modesty of both dress and speech, it took me many years to express interest in men I liked. Looking back, I can see clearly at least three instances where I was attracted to someone who liked me back, yet I refused to flirt, refused to show any interest beyond extremely subtle signs that apparently fell by the wayside. I thought showing restraint (and basically nothing but restraint) was the right thing to do. Two out of three of these men decided I wasn’t into them and married someone else within the year.

So thinking back over all this, it is unsurprising for me to realize that in traditional Christian culture, the two sides of being female are presented starkly as virgin/whore: Mary, the chaste, the untouched; and conversely, Mary Magdalene, the one used by men to her own detriment. As the whore, Mary is bad but somewhat ambiguous; she may be the seductress or she may be the abused; she is either wicked or having something wicked done to her — or perhaps both. She becomes Christian by reforming her ways and presumably acting like the Virgin Mary. The two extremes: virgin/whore; good/bad; which category do you fit into?

Although motherhood is often celebrated in the church, there is no divine imagery of the mother or motherhood in Christendom. Mary comes closest, but Protestants tend to downplay her and Catholics focus on her perpetual virginity. The Perfect Wife is described in Proverbs 31 with a wide variety of characteristics, but Protestants name her above all things virtuous, the Puritan Goodwife who presumably also puts out because it’s her duty. Catholics are bit less prudish about it: they translated the word as valiant: “For who can find a valiant woman? Her price is far above rubies.”

As for the woman who is strong and sure of herself, sure of her power apart from what anyone else says about her, the Bible gives us Jezebel, who was so wicked she ended up cast from a window, her blood eaten by dogs. A Christian friend of mine recently confessed to me that she really liked Jezebel, whose only crime, she says, was staying loyal to the religion she was raised in after being married off to a foreigner.

A few thousand years past the Bronze Age, there are many in this country who still aspire to Biblical gender roles. However, to get a good picture of the lives of Biblical-era females, look no farther than the headlines Orthodox Jewish males have made over their refusal to sit next to women on airplanes. Women weren’t even allowed in the synagogue in Biblical times; that was reserved for men; men alone read the Torah. Women were innately contaminating; they were kept off to the side in the Women’s Court and well out of sight while the Torah was read.

But in spite of this negative heritage, in spite of having the virgin/whore dichotomy stamped into my psyche in a variety of ways, I read what I choose and I go where I please. Now I am strong, sure of myself, apart what anyone says about me — or at least I aspire to be. I say what I mean directly, to the people I directly wish to address, a far more compassionate route to the males of my environs. This means that I say yes when I want to say yes as much as it means I say no when I want to say no. And vice versa. This has taken some practice, and will for a long time. Though screeching to get attention and reactionary dithering have no place in my vocabulary, shamefaced wallflowering doesn’t either.

Because of this, I am more self-assured than I have been before. Now I am strong with a dark ferocity, and I will protect myself and those I love. I am strong with laughter in the daylight, my body is strong through use, my mind is strong and demanding. I am feminine, I am slight, but my spirit is unflinching. Many have tried to push me into the mire and have failed. To them my best vengeance is to rise, to show them I have endured their humiliations more graciously than they themselves have. I am not invincible but my triumph is invincible.

I am woman. Hear me roar. 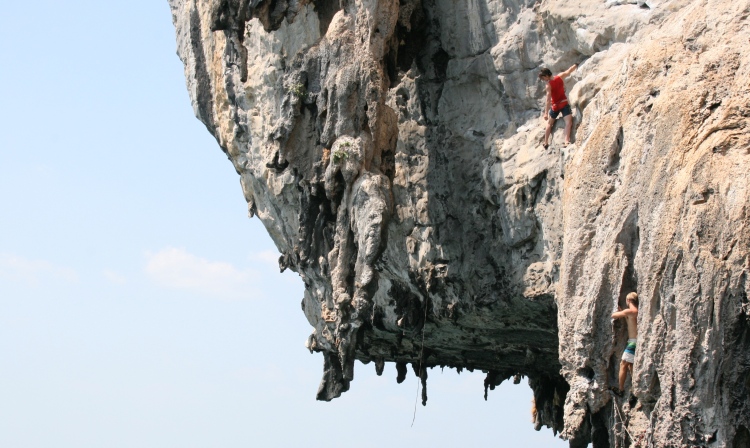 It’s a basically-accepted fact that the most dangerous thing known to woman is man. There are two extreme temptations here: claim that the only antidote to this is more man, or that the only antidote is avoiding all men. Both, when examined, are patently ridiculous. Saudi Arabia hasn’t solved rape by insisting that women need to be chaperoned everywhere by honor-bound male relatives. And short of becoming a recluse, it’s impossible to actually avoid men altogether.

One News Years Eve several years ago, three friends and I decided to go watch the fireworks on the Champs Elysees. We were in Paris, and this seemed like the obvious choice. After midnight, however, this very quickly devolved into us finding ourselves in the middle of a crowd of maltov-cocktail throwing revelers whose first choice in entertainment appeared to be trying to grope females in the crowd. Namely, us. They appeared to think we were tacitly agreeing to this by being in their midst. We quickly came up with the plan of linking arms, all four of us, and marching down the street aggressively in search of a café. This did not deter the gropers, however, until I started hurling curse words at every man who came within two feet of us. Then, aggrieved, offended, they backed away, hands in the air. All shreds of tacit agreement dissolved into the chaos and the broken glass of midnight.

The great irony is that one of these women is related to Doug Wilson, who insists on male protection to avoid harassment. But he and his family, thousands of miles away, were impotent in this situation — so much for male protection. The protection we got came from our solidarity and my nasty, loud, female mouth. My knowledge of French curse words, French culture, French accent; I came across as a pissed-off local who would raise hell. Not a lost, easily-preyed upon American.

The first line of defense against rape is not men, particularly not the men who are statistically most likely to do the molesting — take note, statistically, rape victims are assaulted in their own homes by people they know more than any other single place or group of people.

So the first line of defense is you. It’s your voice. Your loudness. Your insistence that you will tell the truth. You screaming for attention instead of playing it safe and polite. It’s also your community, your female friends, your male friends — whoever stands with you against the crowd. Whoever comes along to link arms in the night. I tell this to my nieces, too, when they express concern about bad guys: your voice is a powerful weapon. If you are in danger, if you are afraid, use it. Call for help. Do not be quiet. If they say you must be quiet, they are lying.

In Paris, the four of us found a café, and then we sat on the banks of the Seine and made up songs about our evening. I still get texts from one of these friends, every New Year: bonne annee, the salutation of every man who tried to touch us. I can laugh about it, because I was loud. I was loud, and they retreated.

I am a woman. I will raise my voice when the need arises.

Photos are of Madaleine Sorkin in Krabi, Thailand — far and away the best climber, male or female, I’ve ever met.

13 thoughts on “On being female”