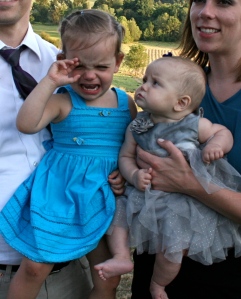 We had just finished dinner, and I had it on good authority that Chloe’s favorite uncle was 20 minutes away. Chloe started jumping up and down. “See Samah soon! See Samah soon!”

The rest of us live in Idaho, spread out over less than a couple of hundred miles. Samuel is the impetus, often, for us all to meet elsewhere. This time, in Oregon, for the wedding of an old family friend. I’d spent the previous day trying to explain to my two-year-old niece that her mom is my sister, just like Elaina is Chloe’s sister, and that Samuel, Daniel and Isaiah are our brothers. Kind of a weird concept. Chloe said she understood, and asked if Mimi (our mother) was also a brother.

And I’m sure Chloe loves the rest of us, but Samuel, either because he’s rare, because he’s huge, like some human tank that can crush everything Chloe is afraid of, or because she has latent memories from her infancy of when he spent months on end with her, has a special place in her heart. And somehow, it’s true, everything is better when Sam is there. For one thing, everything is funny. Someone gets a good idea, and Sam makes it better. Like a spur of the moment photoshoot after the ceremony, when we were hiding out in the barn during the dry reception. 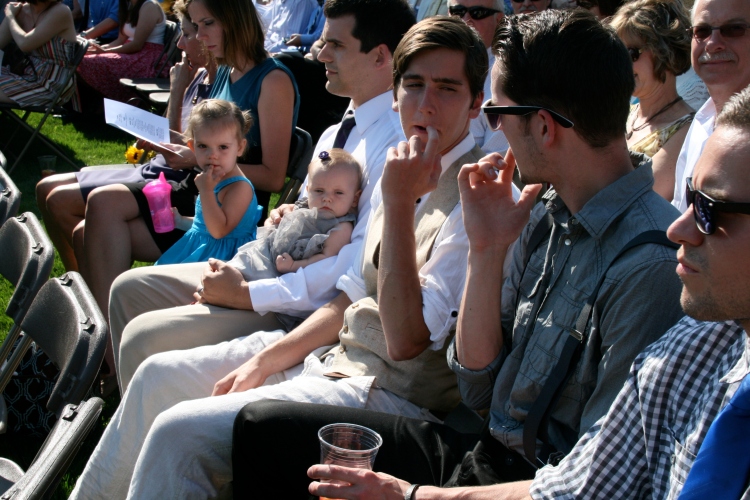 The lighting was tricky, and I’m sure the shots would have been improved upon by a diffused fill flash or an assistant with a large white reflector, neither of which I had.